Tommy Whitelaw presented a short talk about his mum, Joan. Speaking to an audience of approximately 100 nursing students (and others who had, ahem, ‘gate-crashed’) at Canterbury Christ Church University, Tommy gave a very moving account of his experiences of caring for Joan.

Tommy gave up his job to care for his mum when her dementia reached a stage that it was affecting her daily living. He spoke about how difficult it was to find help – any help – at a time when he felt unable to cope. He talked, passionately, about how he had stood at the front desk of a GP surgery and cried in front of the receptionist because he couldn’t carry on. Only to be told to make an appointment for the following day.

Tommy fought hard for his mum. He fought for every scrap of help he could find and often believed he was fighting a losing battle. Until, after several years of caring for Joan, a Community Nurse arrived and said “you are doing a good job”. Tommy spoke about how those few words, and a kind hand on his shoulder, transformed his days.

The point Tommy was making (and far more eloquently than I am repeating here), is that one person can make the difference. One person can be the difference between a carer being able to carry on and them giving up. To the nursing students he was saying that they could be that person. He wasn’t asking for anything that anyone with an ounce of compassion wouldn’t hesitate to give. Just that they did it.

Many people listening were in tears during the talk. Not because it was sad but because of an innate empathy for the power one person has to make a difference. Tommy is just one man, but to date he has over 4500 pledges from students, carers and community professionals towards making the experiences of carers better.

Tommy on Tour at CCCU with some of the audience 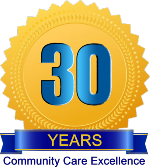 Click HERE to register your LFT or PCR test

How to conduct a PCR test

See what our customers say